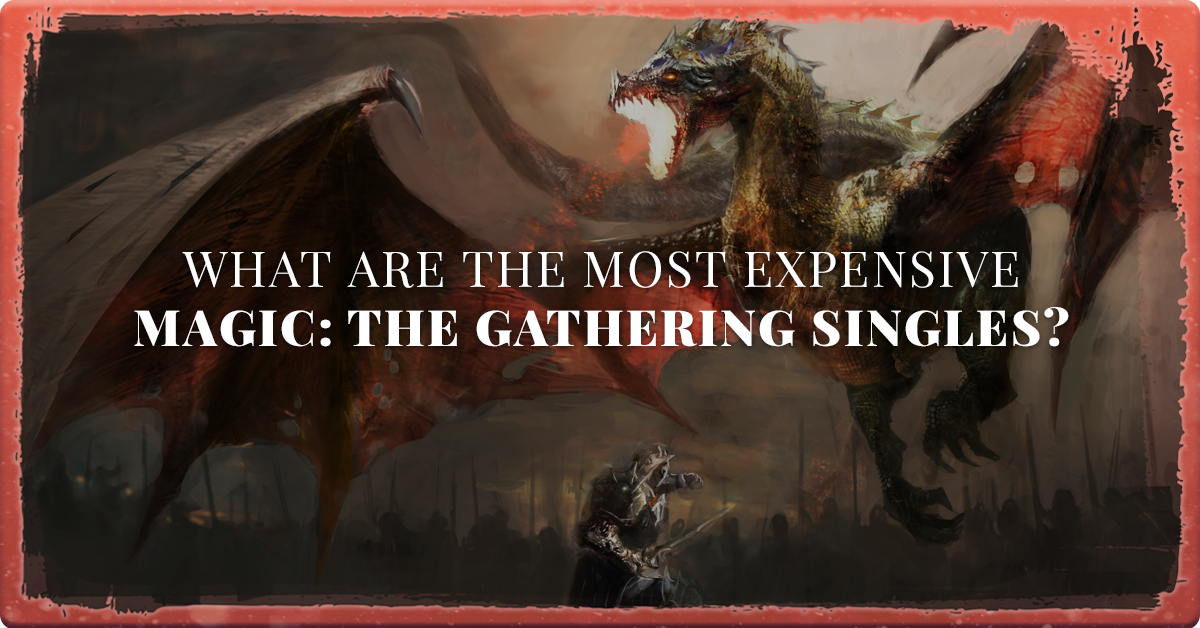 Once you are ready to upgrade your basic Magic: The Gathering deck, you’ll want to start buying booster packs and boxes. These will range anywhere from a few bucks to a hundred dollars or more, depending on how many cards you want to purchase and which expansion sets you are buying. There is an element of surprise when it comes to purchasing cards this way; you aren’t going to be sure about which cards you got until you open the package. You could end up with repeats that you already have or something very rare (and potentially very valuable).

You can also purchase Magic: The Gathering singles, which are individual cards outside of the booster packs and boxes. People purchase these specific cards for the value they add to their deck. There is no element of surprise here, which is part of the reason that these cards can be so valuable. Players don’t have to purchase dozens (or even hundreds) of packs in order to find the one specific card that they want for their deck. They can purchase it outright and get exactly the card that they want to have.

The value of MTG singles can be pretty astonishing! These singles have created a thriving secondary market within the MTG community where players can buy, sell, and trade their cards with each other in order to get what they want. The value of a single fluctuates, but some are worth hundreds, or even tens of thousands, of dollars.

What Makes a MTG Single So Valuable

Rarity of the card.

The power it adds to the deck.

Some cards are more powerful than others, so a very powerful card is going to be higher in demand and worth more money. This can depend a little bit on your personal gameplay strategy; a card that’s super powerful for someone else might not be quite so great for you.

The appearance and artwork.

Artwork can play a role in the value of a card as well. Some cards are simply worth more because players love the artwork; there might be a similar card out there that does a similar thing, but it isn’t as visually pleasing. Some cards are foils, meaning they’ve been printed on a metallic paper. These are almost always worth more than their traditional counterparts.

The legality of the card.

There are literally thousands of MTG cards out there. Some of them, however, have been banned from gameplay in some formats. That means they might be be as useful to a lot of players out there, and that’s going to make their value drop significantly.

The condition of the card.

Finally, condition will play an important role in the value of a card. The better the condition, the more valuable the card is going to be, with cards in mint condition at the top of the list. That’s another reason to keep your MTG singles in card sleeves and deck boxes; it will help them retain their value if you ever want to sell them in the future.

The Magic: The Gathering singles market is always fluctuating. As new cards are released, old cards might not be as valuable or they might actually be more valuable now because they chain with cards in the new series. Because of this, which cards are worth the most can change all of the time. But here are some that’s we’ve seen maintain their value over time and what they might be worth in the current market.

Value: up to $5,000 One of the most interesting things about this card is its brevity, as it only has seven words of instruction: “Take an extra turn after this one.”

Value: Up to $2,500 Another time-bending card, this one can completely turn the game around to your favor. You and your opponent will renew your hands and take back any cards that you’ve already used. It could be great for you, but remember it could be good for your opponent, too.

Value: around $2,700 Virtually any Mox card is going to be valuable, as they give you additional mana during your turn. This allows you to do bigger, more powerful spells for free. The Mox Ruby gives you an additional point of red mana, but there are Mox cards out there for the other colors as well.

Value: around $6,000 When you are limited by the cards in your hand, this card can come to your rescue. It allows you to draw three cards into your hand, and if you have multiples, you could get access to a whole lot of your deck at once. That can give you some very powerful opportunities.

Value: up to $250,000 You read that right: these cards can go for almost a quarter of a million dollars. They are widely regarded as the most powerful and most expensive MTG cards out there. Not only are they rare, but their power is unbelievable: they can give you three mana points of any color you choose to your mana pool. It’s like the atomic bomb of MTG cards.

Want to know what your MTG singles are worth? Visit The Dragon’s Lair today. We buy and sell singles and we’d love to see what we could give you for the cards you are ready to take out of your collection. We also have a great collection of cards available for purchase, so if you’ve been searching for a particular card then there is a card chance we have it. Stop by our store or shop online today!