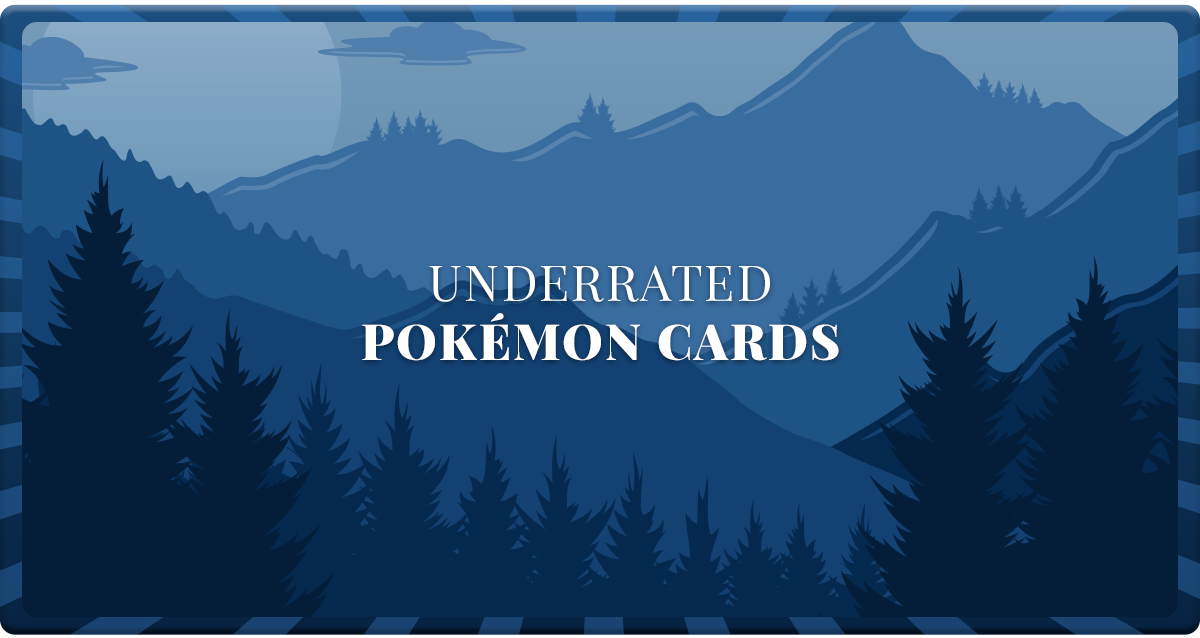 The amount of pocket monsters in the Pokémon universe exceeds 800. That is a TON of unique creatures to pick out a favorite, or to have any factual evidence to decide which is the best or the worst. Everyone has their own opinion. With that being said, we have our own as well! In our previous blog, we likely upset some of you with our list of “Most Overrated Pokémon”. We’d like to apologize if you disagreed, or if one of your favorites made the cut. But again, it’s only an one point of view! The same goes for this list.

If you need to update your Pokémon deck, be sure to browse our online game shop now, maybe you’ll find one of these underrated gems to use in your next battle!

First introduced in Generation V, Serperior is a grass-type Pokémon that often gets overlooked. Not only is its design super sleek, but it also has incredible speed and well balanced attacking stats. If you’re able to get your hands on its hidden ability, Contrary, you’ll find victory in your grasp. Contrary is able to reverse the effect of all stat-affecting moves, so any attacks at Serperior’s skills will actually strengthen them.

Evolving from Marshtomp and the final form of Mudkip, Swampert is a dual-type water/ground Pokémon that made its first appearance in Generation III. Although it is a little slow on speed, Swampert has incredible type combinations. Initially weak when facing electric types, it can switch the script and dispatch them with its ground type moves. Swampert is a beast in attacking and defensive areas and can have STAB-ready moves to cause severe damage in battle. With also having Water type abilities, you can teach it multiple ice attacks to defeat stronger Grass types. It’s pretty surprising that many players leave him undrafted.

The final form of Spheal and evolving from Sealeo at level 44, Walrein is one of our favorite looking Pokémon in the game. Yet, he is also very beneficial to have on your team. While many people have become wary of dual Ice/Water Type Pokémon, its stats are so well-balanced that with proper training Walrein can become basically any type of fighter that you desire. You can strengthen its blast attacks with the likes of Brine and Blizzard, or improve its attack stat! As long as you’re committed to Walrein’s developments, you won’t regret adding him to your team.

We understand that Raichu is an evolution of Pikachu when exposed to a Thunder Stone, and that Pikachu was on our list of the most overrated pocket monsters, but that’s why he’s on this list! It seems like Game Freak has an affinity towards Pikachu that is never going to waver, but maybe it should? While we understand that Pikachu had the cuteness factor to make an ideal mascot for Pokémon, we and many other fans think his time in the spotlight has faded. Raichu would be the perfect replacement and would be able to appeal to the older fans.

Shop the The Dragon’s Lair

So there it is. We know that not everyone will agree, but that is one of the best parts about Pokémon! Everyone can have the ones they love, the ones they hate, and the ones that they don’t even think twice about! If your looking to upgrade your deck, be sure to browse our online game shop now! We also carry Magic the Gathering, Yu-Gi-Oh and countless other games and game accessories! If you have any questions, be sure to contact us now and we’ll get back to you as soon as possible.