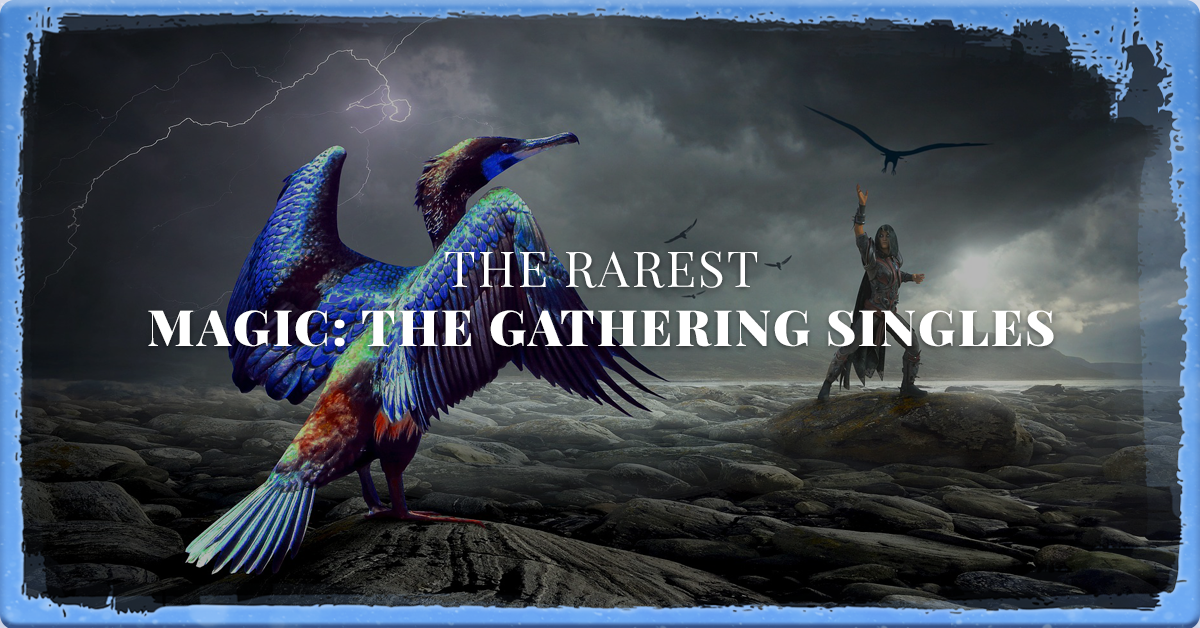 In a world of millions of MTG players and over 13,000 MTG singles, there are plenty of ways to play and collect during your Magic adventures. However, there are nine cards that mean a little bit more to your gameplay and your collecting—if only because they’re so old and so rare.

These cards are called the “Power Nine”—an exclusive card designation for only the oldest and most storied cards in the history of the game. Let’s take a look at these special Magic: The Gathering singles and see what they mean to the game and MTG history.

Known as arguably the best Artifact of all time and definitely the most valuable Magic card in history, the Black Lotus offers unparalleled mana acceleration that allows the user to move three turns ahead in their mana development. Combined with other valuable and useful cards, this card can lead to almost certain victory.

There are several iterations of this specific card. However, if you somehow get your hands on an Alpha or Beta Black Lotus, you’re holding a card worth anywhere between $15,000 to $60,000, depending on its condition. That’s as valuable as a Magic card is going to get.

This card isn’t playable in most Magic formats, unless you’re playing Vintage tournaments. However, if you have a card worth this much, it’s probably better kept in a sealed sleeve to preserve its condition and overall value.

As another powerhouse Power Nine card, Ancestral recall has a simple premise: draw three cards, or force your opponent to draw three cards. This is an extremely cheap way to refresh your in-hand cards; to put things in perspective, it costs five times more mana to use a Portal - Three Kingdoms card, and it can only be used during your turn, unlike Ancestral Recall.

There’s some debate over the true value of an Ancestral Recall card, but this Magic single is being sold on the internet for prices upwards of $5,000. It’s no Black Lotus, but it’s still more of a collector’s card than a playing card unless you’re on a high-level tourney stage.

Timetwister is a more complex card in terms of action: “Each player shuffles his or her hand and graveyard into his or her library, then draws seven cards. (Then put Timetwister into its owner's graveyard.)”

This card has the potential to be one of the most powerful cards in your Magic deck, but it can also help your opponent in the wrong circumstances. It essentially restarts the game, so it can get you out of a pickle and put you in a better position—but it can also do the same for your opponent.

Timetwister currently has the lowest value of all Power Nine cards—most cards will be anywhere from $1,200 to $2,500 at most—but that doesn’t mean it isn’t a valuable card for your playing or collector deck. It’s in the Power Nine, after all.

“Take an extra turn after this one.” Simple, right? While using your Time Walker in excessive amounts is restricted in most formats, this card still pays for itself in the game and in the collecting world. Use this card early in the game and develop your cards and your mana effectively, and it could decide the overall outcome of the game.

A Time Walker card, depending on its edition and condition, could be priced anywhere from $2,000 to upwards of $6,000—which puts this card firmly in collector’s territory. If you’re going to play this card, play it gently and toss it right back in a sleeve when you’re done.

If you’re playing a Vintage tourney, you might just run all five of the Mox cards. These cards are excellent for mana production when used together, and can work more effectively as a mana source than land. The Moxes consist of Mox Emerald, Mox Jet, Mox Pearl, Mox Ruby, and Mox Sapphire, all of which can help you build their respective types of mana.

Most Unlimited Moxes sell for under $1,000, but rare early editions of Moxes often sell for anywhere from $2,500 to $5,000 a piece. These are excellent investments in collecting and gameplay, as they offer great resale value and excellent early-game mana building for your Magic success.

Power Nine cards are an amazing investment—but they’re only a small part of your Magic deck. You must have a balanced portfolio with cards of all types to handle specific situations and lead yourself to victory.

At The Dragon’s Lair, we offer plenty of Magic: The Gathering singles and packs to give your deck a boost in the short-term and long-term. We also offer plenty of other fun board games and collectible card games to suit your fancy. Browse our collections today!