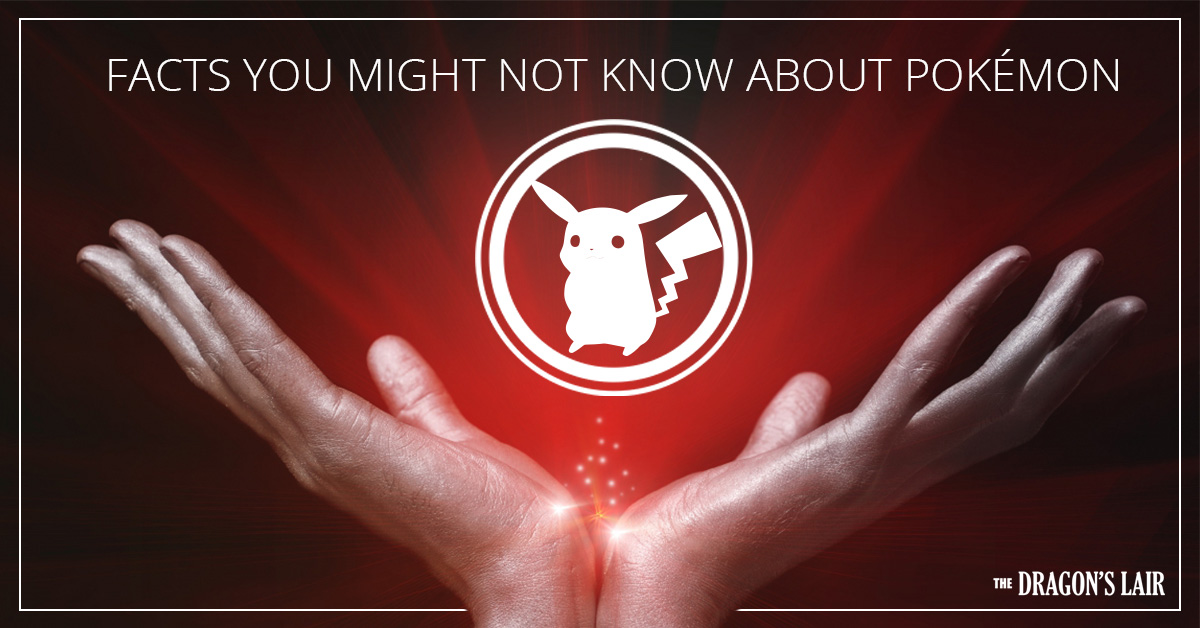 Created by Satoshi Tajiri in 1995, few could have predicted how massive the franchise would become. From the collectible cards, beloved anime, multiple entertaining video games, and now the insanely popular Pokémon Go, Pokémon has really become its own universe of pocket monsters that is cherished by people of all ages, all around the world. With so much involved in the Poké-world, there are millions of interesting facts that not even some of the most diehard fans have heard. So in this post, we’ll be giving you a few of the more intriguing ones that we came across during our search. If you’re looking to expand your Pokémon collection, or are interested in the countless other games and collectibles that we have, be sure to contact us today or drop by our game shop in Wallingford, CT.

The First Ever Pokémon May Surprise You

While majority of fans may believe that the ubiquitous and proclaimed mascot of Pokémon, Pikachu, was the first pocket monster to come into existence. However, this isn’t the case. The first Pokémon designed was actually Rhydon, the rock and ground-type Pokémon. This makes sense given the multiple Rhydon statues found throughout the games. It’s a tribute!

Pikachu didn’t derive from a Japanese translation. Well, not a specific word that is. It’s actually a combination of Japanese onomatopoeia. The word used to describe the “sound” of sparkle is pikapika, and squeaking, chuchu. Put them together and, that’s right, Pikachu!

Pokémon Have Been Used On Real Money

This one is pretty fascinating. A small, isolated Pacific island named Niue, released currency that featured the images of popular Pokémon such as Bulbasaur, Squirtle, Charmander, and Pikachu. It wasn’t just a joke either, the currency was actually spendable.

Anyone that grew up with the game, or even just collected them from time to time, was always on the lookout for the first-edition holographic Charizard card. And that’s true even today. If you’re lucky enough to have one in your collection, or stumble upon one a garage sale, you can cherish it for the rest of your days, or you could sell it for over $1,000!

So where did the name Pokémon actually derive from? Again, many people just assume that it’s a Japanese word, but they’d be assuming wrong. “Pocket Monsters” was the original name in Japan, and when popularity began to rise, they combined the term into what we know today, Pokémon.

As we said, there’s millions of interesting facts about Pokémon swirling around out there, and in this post we just brought up a couple of them. Be sure to continue to follow our blog to learn more, and if you’re in search of Pokémon cards and collectibles, be sure to stop by our game shop in Wallingford, CT today! We also have a vast selection of Magic the Gathering cards and memorabilia, and hundreds of games that will be sure to keep you entertained. We look forward to seeing you!