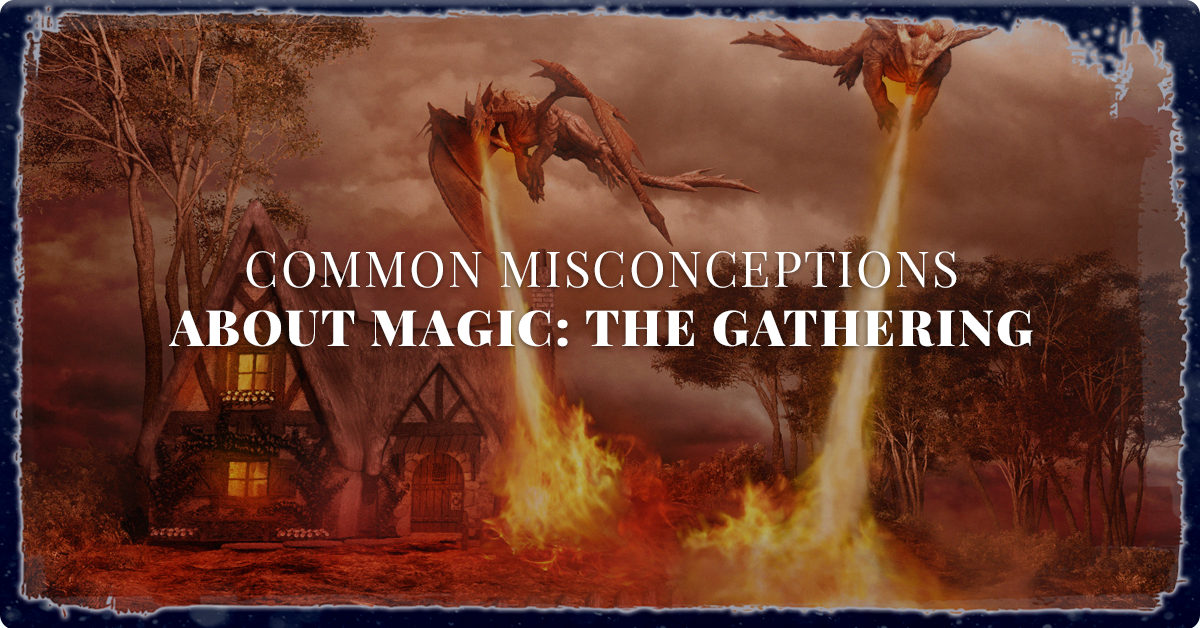 In this blog, the MTG singles and CCG experts at The Dragon’s Lair will look at the biggest misconceptions and myths about Magic as a game, a lifestyle, and a culture. If you’re new to MTG, this is required reading—and if you’re a veteran, then we’re just preaching to the choir here, reminding you of how you’re not alone in terms of your MTG woes.

If nerd is the word your want to use, then by all means, go for it—it’s a badge of honor whether you’re an MTG nerd, a sports nerd, a music nerd, or any other type of nerd. However, there’s a certain brand of nerd that comes to mind for those who don’t understand what MTG is really like—it’s the young, pimply, socially awkward nerd who lives in his mom’s basement (and only the basement), carefully building his MTG deck in mildewy darkness.

The MTG community isn’t just filled with the perceived young men living in their mom’s basements—in fact, there are plenty of moms who are high performers in MTG tournaments! Magic enthusiasts come from all walks of life—they’re your coworkers, family members, and friends; they’re male, female, transgender, and genderless; they’re eight years old and they’re 80 years old. Watch any MTG tournament in person or online, and you’ll see people from all over the world and from all kinds of social demographics coming together to test their Magic mettle. That’s what makes playing MTG amazing: you get to meet people and make friends who you wouldn’t expect to cross paths with in other parts of your life. Speaking of friends… 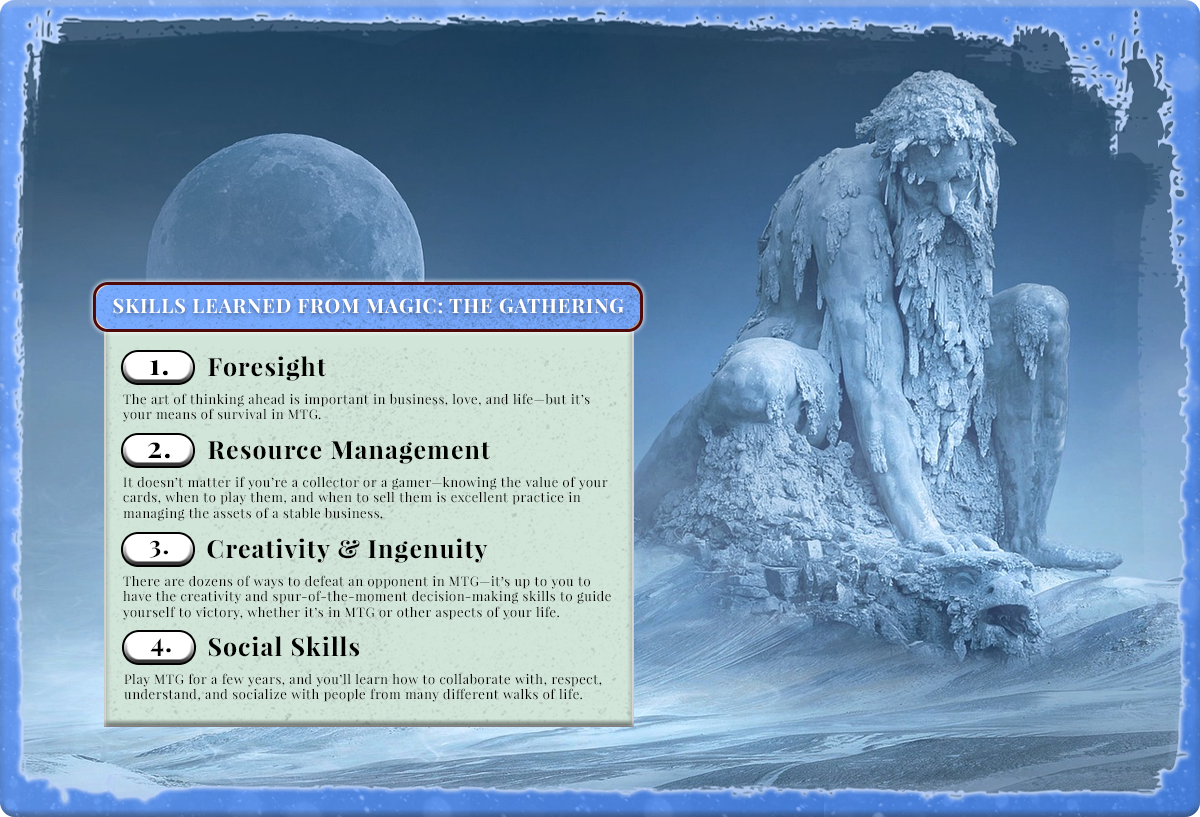 Myth 2: Magic is a game for introverts.

MTG isn’t Call of Duty or Solitaire—you can’t play it by yourself. By nature, MTG is a social game that can involve small or large social groups, and you must interact with the people around you in order to follow the basic rules and etiquette of the game. While there are plenty of introverts and people deemed “socially awkward” who partake in Magic, there’s no choice but to get to know the people around you and have a good time in this oddly specific and tight-knit social club.

If you get into Magic, you’re going to meet new people in game stores, garages, basements, and dining rooms of all sorts of people, and you’re going to get to know these people along the way. You’ll share Magic knowledge and life wisdom, and you’ll inevitably grow closer (even with people who are your foes during MTG games). What’s awkward and introverted about that?

This myth is as good as busted—once again, we’re not talking about Call of Duty here. MTG is a game of strategy, foresight, creativity, and resource management, among other skills—if you’re not thinking about your opponent’s next move, evaluating your deck, and finding ways to make moves or stifle your opponent’s moves, you’re not going to be in the game for long. The beauty of MTG is that there are so many ways to win (or in some cases, not lose) a game—it’s up to you to use your mental acuity and creative flair to dispose of your opponent in the way that makes the most sense.

On the collector’s side of the game, you’re constantly caring for cards, understanding the card sales market trends, working on strategic card purchases and sales, and figuring out which cards are worth holding onto and which cards are worth letting go. You could practically run your own MTG card business, which takes plenty of business skill, foresight, and ingenuity (trust us on this one, it’s tougher than it looks). These are skills that could translate to any kind of business—plus, the skills you learn in gameplay can help you be thrifty, creative, and dedicated other aspects of life!

Enter the World of MTG at The Dragon’s Lair

Want to learn essential MTG skills and join the family? Stop by the Dragon’s Lair. We offer a wide variety of MTG singles, packs, and accessories, and have space to spare so you can meet up with other MTG players and enjoy yourself while improving your skills. Browse our collections, or stop by the store today!